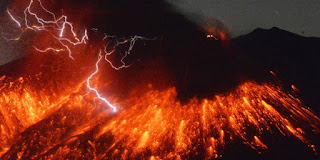 Double, double toil and trouble: 2018 has been predicted to bring an increased risk of natural disasters, especially earthquakes and volcanoes, in some scientific circles.

And while the evidence is far from conclusive, some are predicting we can expect more, potentially much more, of the same in the next twelve months.

But should we be dusting off our how-to-survive-the-doomsday-manuals or are these so-called experts only blowing smoke up our collective volcanic chimneys? 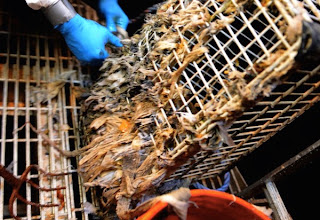 The blockchain technology would likely be ready for commercial use in the tuna industry by the end of the year.

The World Wildlife Fund in Australia, Fiji and New Zealand have joined forces to stamp out illegal fishing and slave labour in the tuna fishing industry using blockchain technology.

In partnership with US-based software company ConsenSys and information and communications technology implementer TraSeable, WWF has been able to help tuna fishing and processing company Sea Quest Fiji to track with blockchain the journey of the tuna from when it is caught, through processing and to the distributor.

WWF is now in discussions with tuna retailers to complete the "bait-to-plate" cycle with the hopes of creating a QR code for consumers on tuna tins that would tell them if the tuna had been sourced sustainably and ethically.

WWF Australia chief executive Dermot O'Gorman said the technology would likely be ready for commercial use in the tuna industry by the end of the year.

"The next phase is to work with the retail sector. We've worked on the front end and now we need to look at the rest of the supply chain, right up to the plate," he said.

https://www.stuff.co.nz/business/100386866/wwf-uses-blockchain-to-improve-transparency-in-tuna-industry
Posted by Murray at 14:44 No comments: 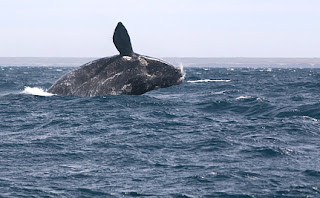 A team on a science research vessel are investigating what lies underneath the seabed.
A high-profile and expensive international research ship is heading south via Canterbury to search for new information about climate change.

The Joides Resolution (JR), a former oil industry drilling ship, was in Lyttelton Harbour on Thursday and would depart for Antarctica later this week to drill into ocean sediments in the Ross Sea. The vessel has just spent six weeks drilling into the Hikurangi fault near Gisborne.

New Zealand contributes about US$300,000 (NZ$423,000) annually to the US$150 million International Ocean Discovery Program (IODP), which operates the science aspects of the hip's voyages.

The programme has also drilled into the crater formed when a comet struck the earth near Mexico 65 million years ago.

The contribution earned New Zealand one "seat" on the JR once a year, but because the ship's voyages were clumped geographically, New Zealand got three seats on the ship while it was in the South Pacific.

Two Kiwis led the drilling off Gisborne and a third is heading up the Antarctic drilling programme.
"We're leveraging a massive amount of science out a small contribution," Niwa marine geologist Dr Philip Barnes said.

The northern part of the Hikurangi subduction zone was notable because of slow-slip events, he said. While earthquakes were caused by sudden movement along faults, slow slips featured bursts of movement that lasted weeks or months.

They did not cause damaging earthquakes, but their behaviour was not well understood, including what triggered slow slips to become earthquakes.

Slow slip events were discovered only 15 years ago and the Hikurangi fault was notable internationally because the slips there were happening at the shallowest known depth, Barnes said.
The drilling rig on the Joides Resolution could reach them, which was why the 23-country consortium that runs the science programme selected the project for funding, he said.

\While off Gisborne, the ship also probed areas featuring undersea landslides, which could be triggered by earthquakes and cause tsunamis.
https://www.stuff.co.nz/science/100304858/science-ship-in-lyttelton-lots-of-research-from-nzs-small-contribution4
Posted by Murray at 15:56 No comments: 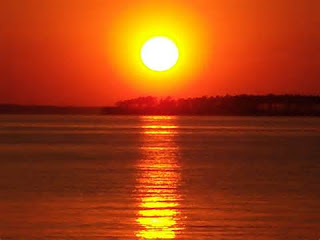 Last year was the fifth warmest year on record in New Zealand and one in which swings between extremes toppled longstanding records nationwide.

Niwa's annual climate summary for 2017, released on Monday, shows the year's weather was hard to pin down: it was largely defined by warm temperatures and high rainfall, but ended with record-breaking dry-spells and meteorological drought.

For most of the country, 2017 was warmer and wetter than usual, the report says. All six major cities had clocked up their usual annual rainfall before the end of September and had been on track for record wet years.2017 was a wet year for much of the country.

The year's weather was caused in large part by prevailing high pressure patterns in the east, with northerly winds. The year ended with a marine heatwave and a high pressure system, leading to warm, settled conditions.

Of the major cities, Auckland was the warmest, Dunedin the coldest and driest, Tauranga the wettest and sunniest, and Wellington the most dim.

While much of the South Island and lower North Island had near normal temperatures, temperatures were above average further north.

The exceptions to the overall trend were in the deep south - Southland and Central Otago were notably drier than usual.

New Zealand's ancient penguin was as big as a human 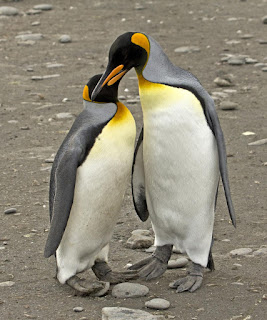 The discovery of New Zealand’s now extinct mega-penguin is attracting world-wide attention.
Fossils of a giant man-sized penguin that once roamed New Zealand sat on a shelf for years before scientists started exploring their secrets.

The bones were found in a chunk of rock on an Otago beach in 2004. The creature measured nearly 1.77 metres long when swimming and weighed in at 101kg.

When standing, the ancient bird was maybe only 1.6m. The biggest penguin today, the emperor in Antarctica, stands less than 1.2m tall.

The newly found bird is about 18cm longer than any other ancient penguin that has left a substantial portion of a skeleton, said Gerald Mayr of the Senckenberg Research Institute and Natural History Museum in Frankfurt, Germany. A potentially bigger rival is known only from a fragment of leg bone, making a size estimate difficult. 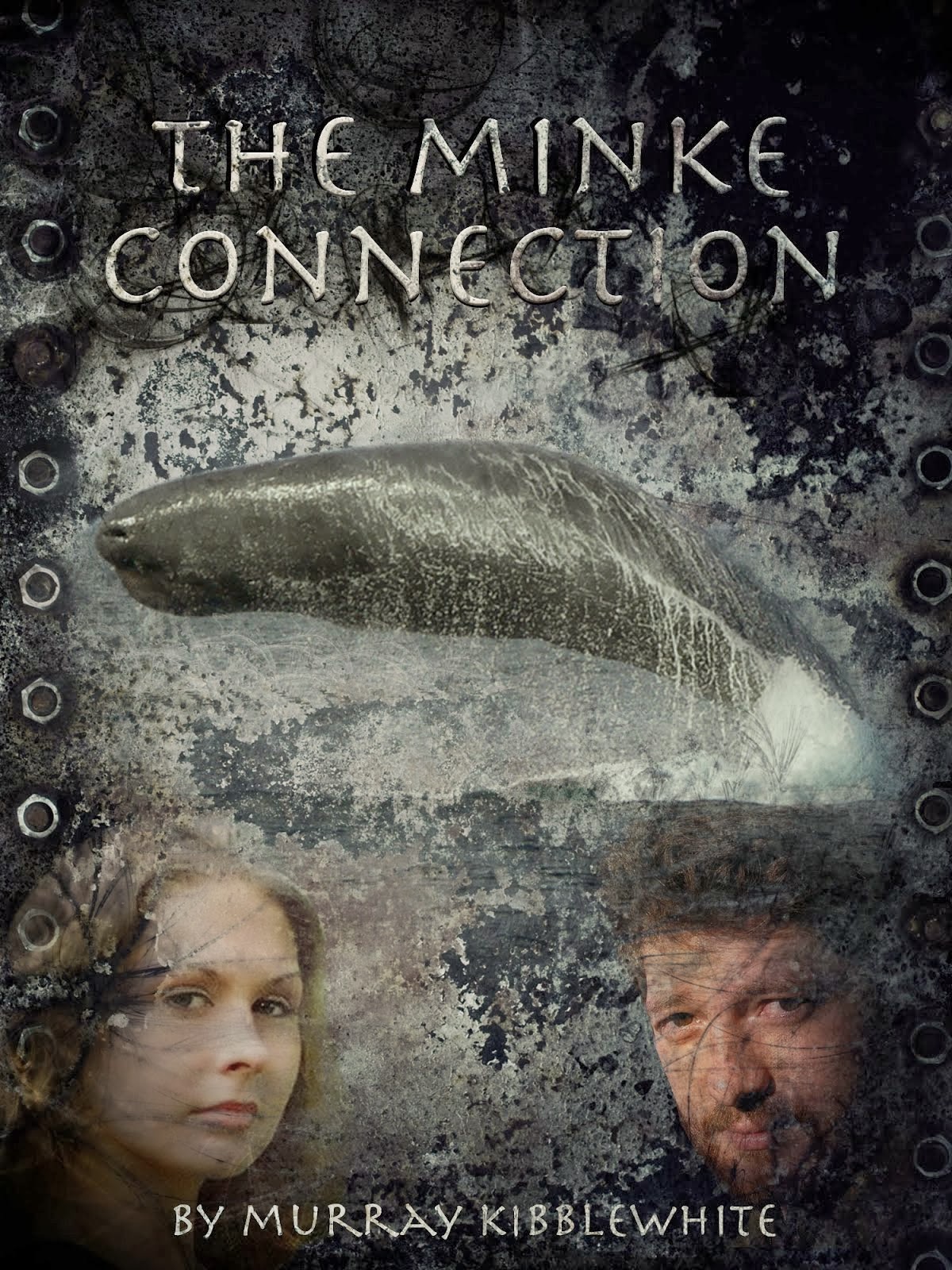 Why are the Japanese killing protected sperm whales???

From the high seas off New Zealand to the intricate demands in the city of Tokyo, The Minke Connection is a spellbinding saga. Matching business versus environmentalism, big organizations versus small and expectation versus experience.

Greenpeace discover that the Japanese research whaling fleet are killing more than the Minke whale. They send American born Canadian John Daroux, lecturer and adventurer, and Carrie Ardley, whale researcher, to investigate. Boarding the factory ship in mid ocean, John finds irrefutable evidence, almost loses his life and becomes Carrie’s lover. Together, John and Carrie go to Tokyo where they evade being poisoned, survive being frozen alive and endure being followed by the dreaded yakusa. The arrival of Greenpeace chief, Mark Stafford, and his beautiful associate, Petra van de Roer, initiates a counter attack that requires John and Carrie to act as bait. Desperate measures are called for as they endeavor to outwit Takeshi Fujiwara, leader of the cult, League of Blood. John and Carrie are captured and tortured. Time is critical. John Daroux must use all his wits and knowledge to save the Sperm whales and himself. Can they succeed?

John Daroux……New Age intellectual, martial arts exponent and Reki master, he takes on the project unprepared for the tests he will experience. While he can handle the threats and challenges from the Japanese, can he handle the passion aroused by Carrie Ardley?

Carrie Ardley……young, attractive Greenpeace technician, committed to saving whales, takes on this task as an adventure. Fiercely attracted to John Daroux, she suffers torture and finds that he puts the project above her well being. Can she ever forgive him?

Mark Stafford……competent, urbane chief of Greenpeace, he takes on his biggest challenge when he confronts the League of Blood and tries to unravel the reason why the giant trading company, Mosaka Corporation, is killing the protected Sperm whales. Can he overcome the threats?

Takeshi Fujiwara……one of Japan’s most powerful businessmen, and chairman of Mosaka Corporation, he controls the lives of many. He holds a secret that dates back many centuries and the time for action is now. Can he succeed or will the persistent efforts of the foreign controlled environmental “do-gooder” Greenpeace upset his carefully prepared plans?

Check out these Links